In recent decades, scientific research has contributed significantly to insights into the materials used by Rembrandt and his working methods. These insights are useful in questions of attribution by helping distinguish a copy from a prototype.

‘A young man's head, by the same [=Rembrandt van Ryn]’ was purchased in 1752 as Rembrandt with the entire collection Van Slingelandt by Stadholder Willem V and is now in the Mauritshuis and the status of this work as by Rembrandt was retained until the end of the 20th century.

In 1999, research with infrared reflectography (IRR) revealed an extremely unusual phenomenon for Rembrandt. IRR makes it possible to detect a preparatory drawing under the paint layers if it contains carbon. This research revealed that the painting was originally set-up with an underdrawing, an uncharacteristic practice for Rembrandt. In fact, an underdrawing had never been found in his paintings. Underlying the paint layers was a schematic first draft that contained two pairs of eyes drawn in different positions. This underdrawing had clearly been made with the help of a stencil. When the first pair of eyes turned out not to be in the right place, a second pair of eyes was drawn slightly higher and to the left. The eyes were subsequently painted at this second position.

This resulted in a new perspective on the authorship of the two paintings and their relationship: the Nuremberg Self Portrait with Gorget, of which the IRR image shows no underdrawing, is now unanimously regarded as the prototype for the painting in The Hague. Scholars also agree that the somewhat loosely painted Nuremberg painting is entirely consistent with the work of the young Rembrandt; we can identify this panel as an autograph Self Portrait. 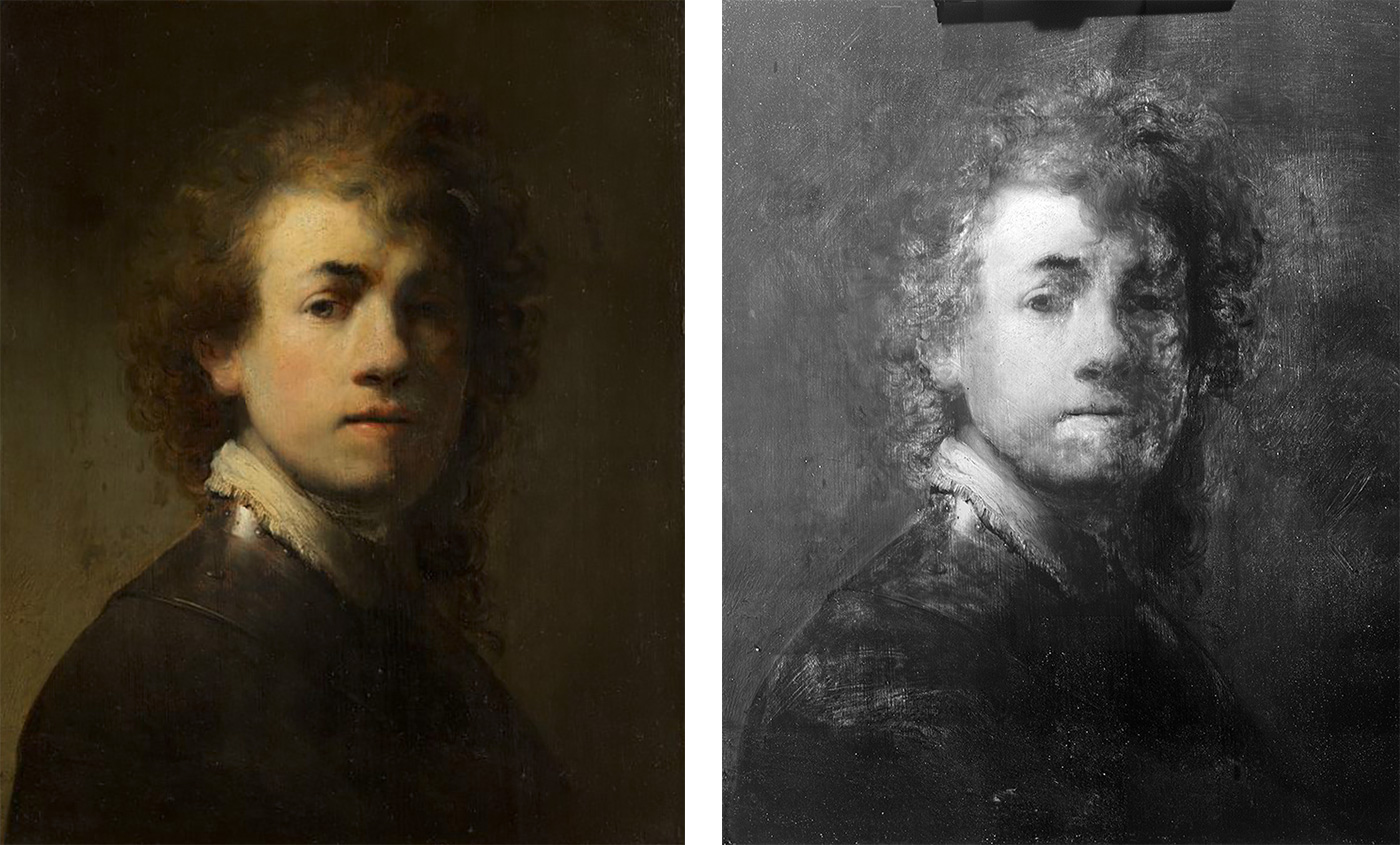 It is challenging to determine where, when and by whom a copy has been made. Studying changes which Rembrandt made in a prototype can give an indication of the time and place of copy’s origin. X-radiography, which reveals the general structure of a painting, is useful here. Not only are damages and repairs often visible in X-radiographs, but also changes that the artist made during the painting process.

In the X-radiographs of the Self Portrait in Oriental Costume with Poodle, the legs of the artist under the poodle are clearly visible. These legs were left as a reserve in the light part of the floor before the dog was added and subsequently covered them. 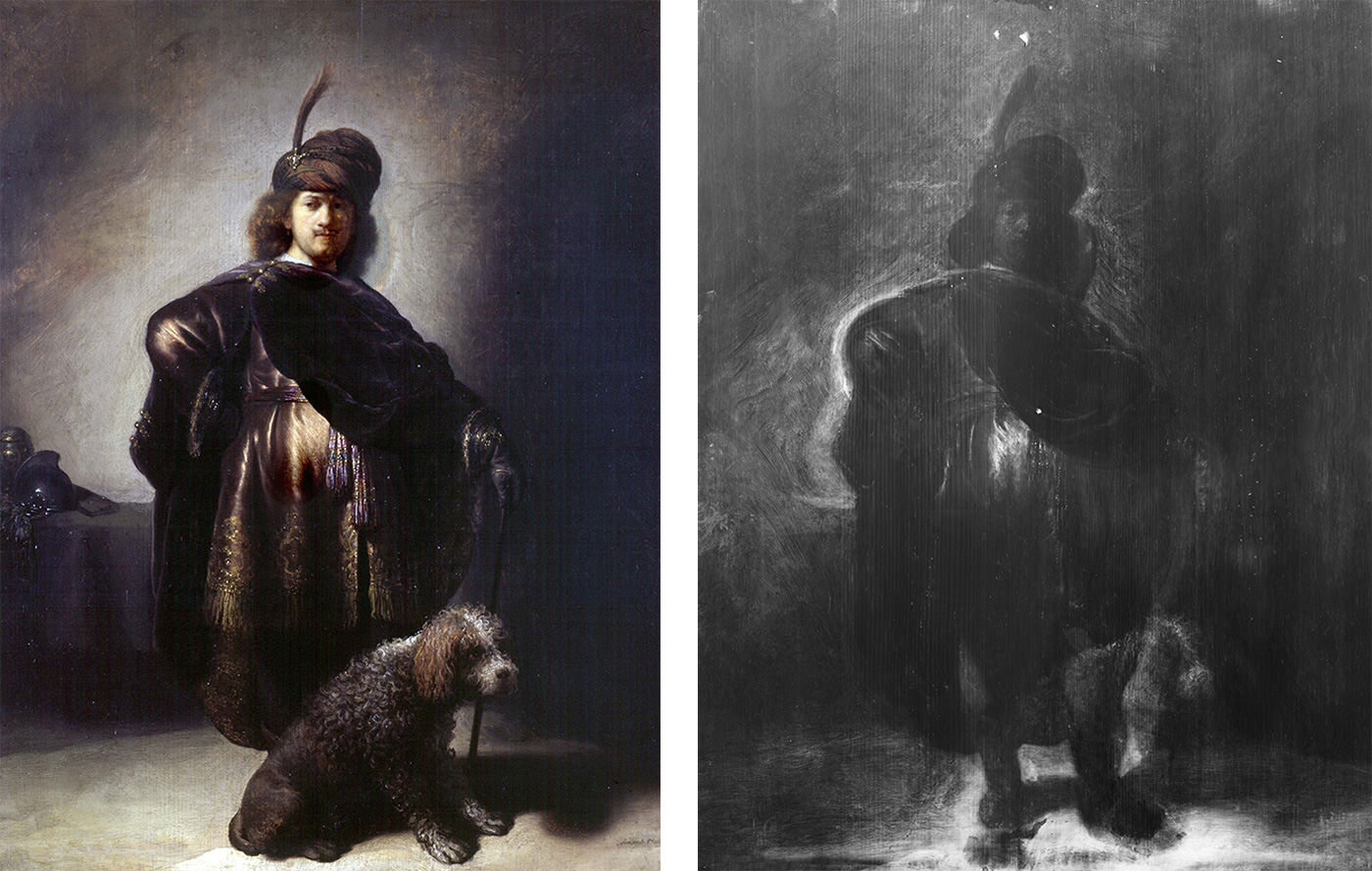 A copy, now in The Leiden Collection in New York, was made after the Self Portrait in Oriental Costume with Poodle in which the dog is missing. Because the position of the legs in the copy exactly matches the legs under the poodle, the copy must have been made in Rembrandt's workshop before the legs in Rembrandt’s prototype were covered. 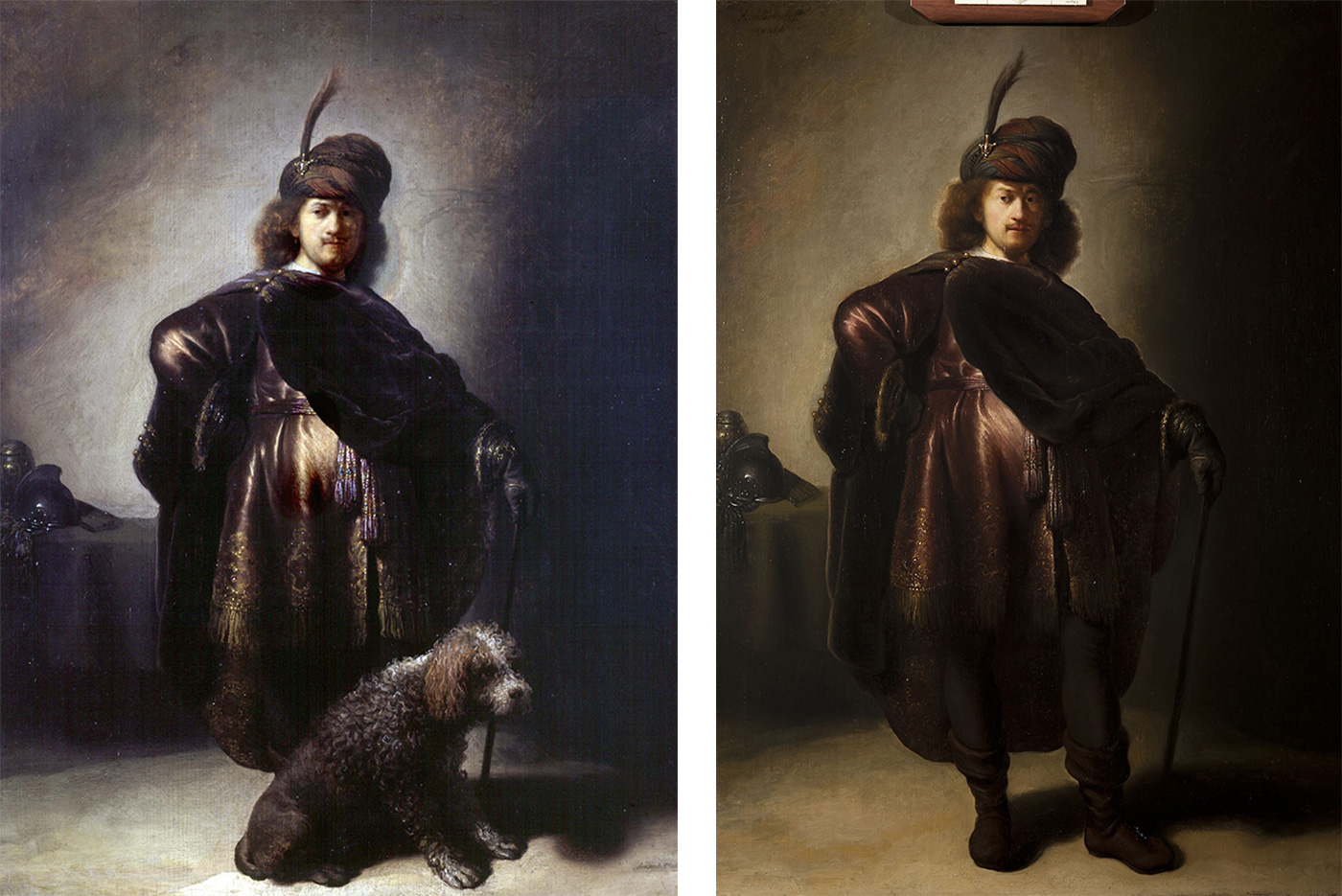