The technical examination of Rembrandt paintings has shown that Rembrandt and painters from his workshop occasionally re-used supports for their paintings. This means that they sometmes painted on top of an already finished painting by another artist or by someone from the workshop. The re-used support – called a palimpsest - becomes visible in X-radiographs of the paintings. Penetrating the different paint layers, X-radiography makes the underlying image visible to the human eye. 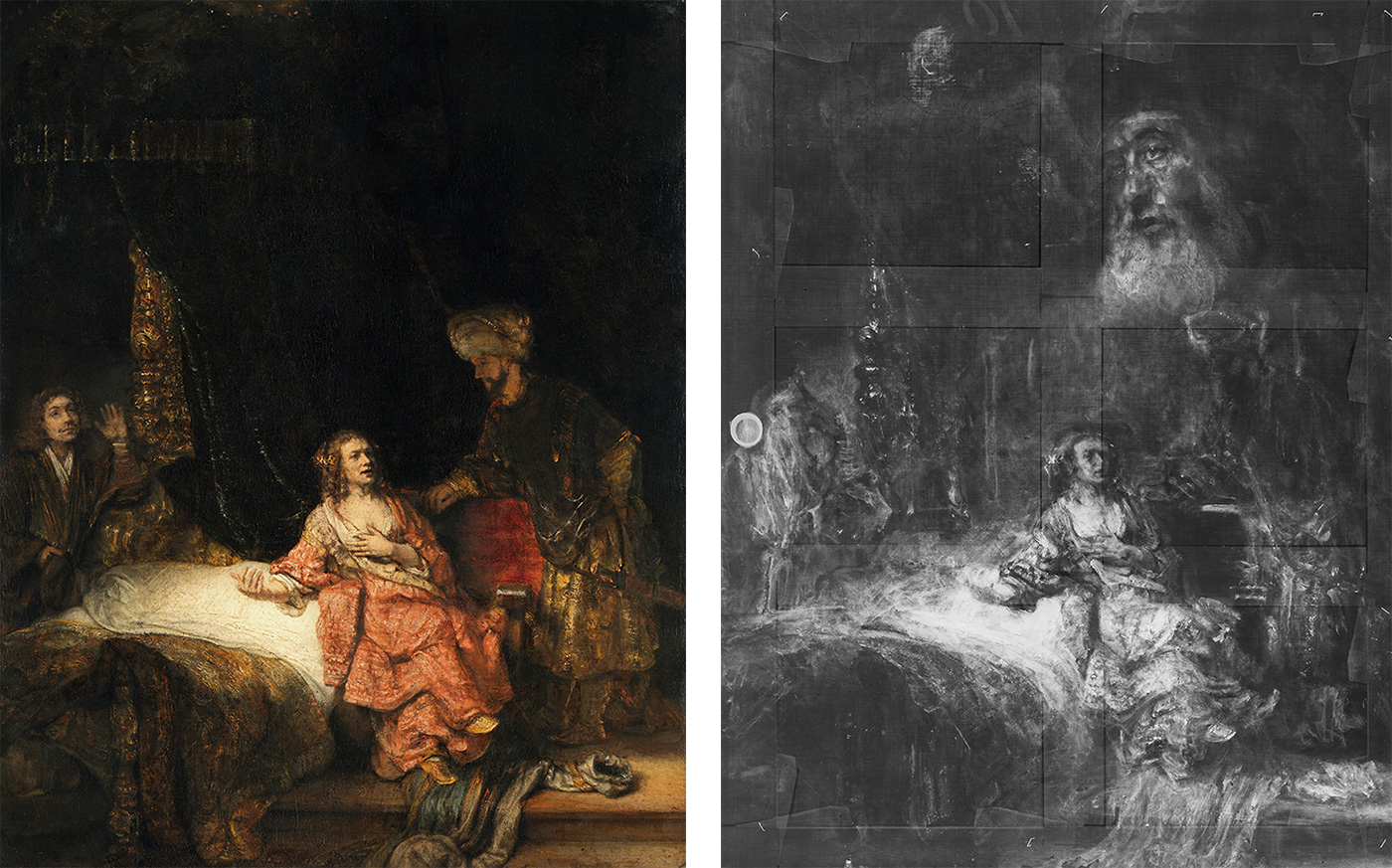 The re-used support occurs most often in self-portraits by Rembrandt. In case of other subjects, most of the supports that have been re-used can be found in paintings from the Leiden and early Amsterdam period. After this period, palimpsests have only been encountered a few times with paintings outside the self-portrait genre.

The re-use of supports occurs most often with self-portraits by Rembrandt and his workshop. As opposed to paintings with other subjects, in the case of self-portraits the palimpsest can be found throughout Rembrandts career. The paintings for which secondhand supports were used all appear to have been uncommissioned works.

In order to re-use a support, the underlying paint layers were sometimes (partly) scraped flat, after which an intermediate layer was applied. In some cases Rembrandt seems to have worked directly on the finished image. Although Rembrandt also painted on top of his own work, some of the underlying paintings seem to have derived from different workshops. This has been used to suggest that Rembrandt sometimes bought his supports at auctions of the estate of deceased painters. 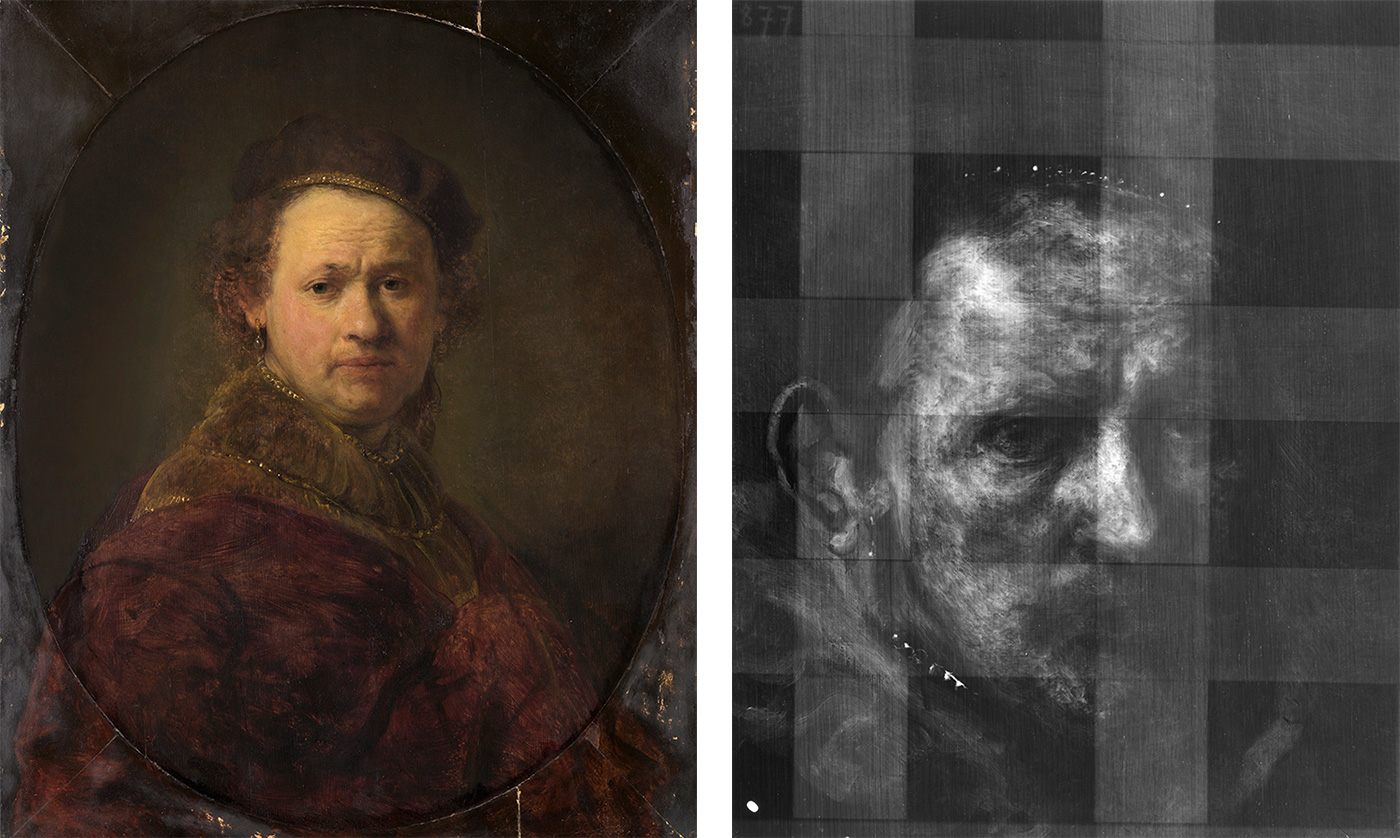 It is unknown why Rembrandt re-used supports. It has been suggested that his financial status influenced this choice. However, palimpsests also occur in paintings he made before his bankruptcy. Rembrandt’s contemporaries also appear to have made paintings on top of used supports. Since the extent to which Rembrandt’s paintings have been scientifically examined does not compare to that of other 17th-century artists, it is difficult to interpret this specific practice.

Although a painting in Rembrandt’s style that is painted on top of another painting cannot be considered a strong basis for attributing the work to Rembrandt, it is believed that a self-portrait or a portrait of Rembrandt painted in his technique on top of a used support can be considered to have originated from Rembrandt’s workshop.