When Rembrandt started painting in Leiden in the 1620s, he used almost exclusively oak panels as a support. Only a few paintings with other supports are known from the Leiden years: four on copper and one on paper. In his later years, his choice for supports expanded to include walnut, poplar, beech and tropical woods such as mahogany and cedar.

The study of Rembrandt’s panels has mainly been conducted by wood biologists from the University of Hamburg since the 1980s. An example of a painting on a tropical wood support is the panel of Rembrandt’s Susanna and the Elders from 1647, now in Berlin. Here we are dealing with a thick board of purpleheart, identified by Rainer Wendler, that previously had been used in a sugar box.

In addition to the identification of different species of wood, the research of oak panels has determined the felling date and the origin of the trees by measuring the annual rings. Depending on the annual temperature and humidity, the thickness of an annual ring varies each year. The biologists measure the annual rings and with these measurements a growth curve is created. Because the growth curve of different trees in the same region is the same, it can be determined in which area the tree from a specific panel grew and from which year the last annual ring dates. It can even be established that panels from different paintings originate from the same tree.

The Portrait of Maurits Huygens, now in Hamburg, is dated 1632. It is painted on an oak panel with 191 annual rings. The last heartwood annual ring was formed in 1619.

The panel of the Portrait of Maurits Huygens comes from the same tree as the panel of Rembrandt's Self Portrait from 1632. 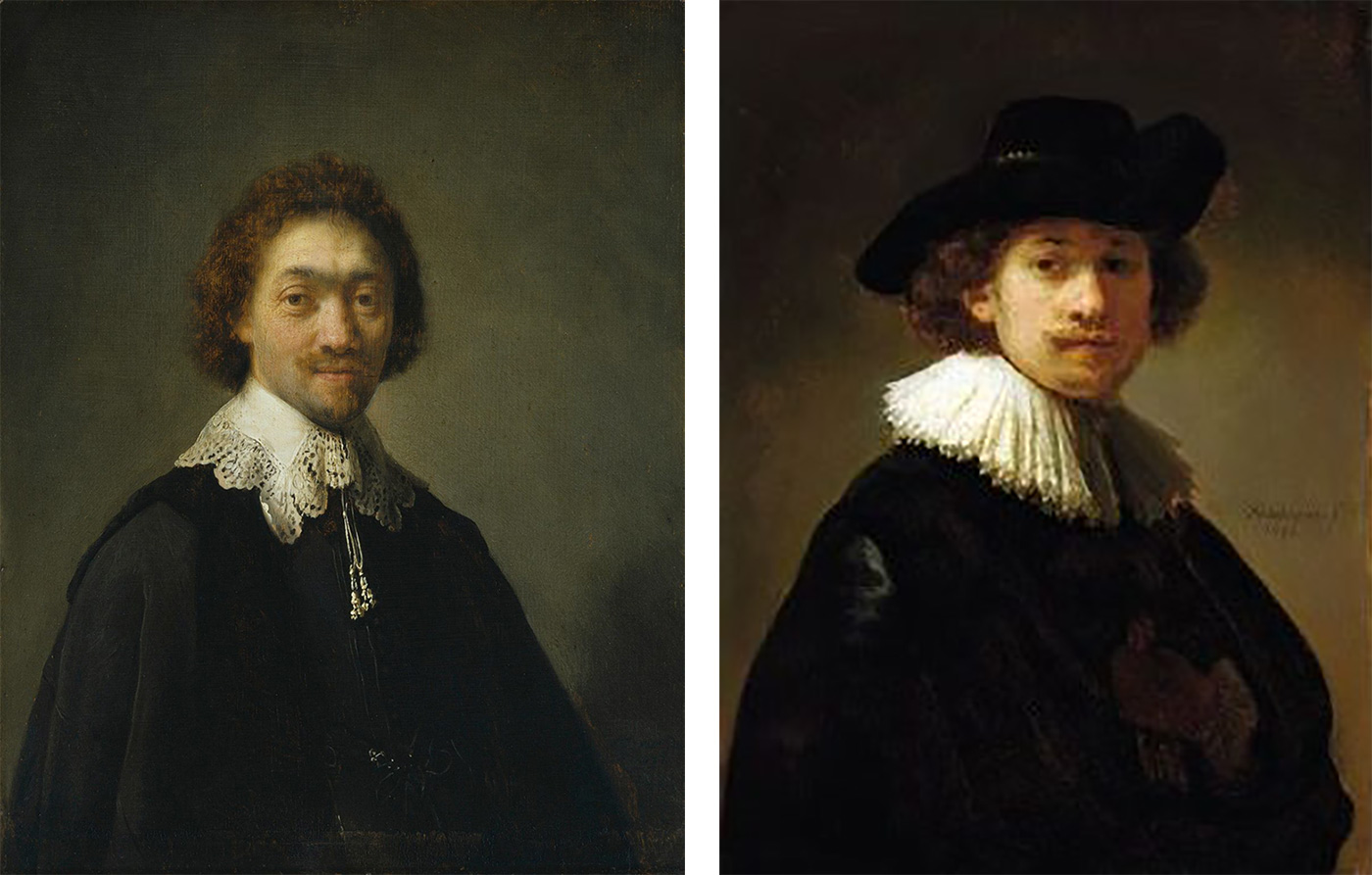 As some paintings from Rembrandt's early years in Leiden have been painted on panels that came from the same tree as panels painted by Jan Lievens, we can conclude that both artists likely bought these panels from the same panel maker. 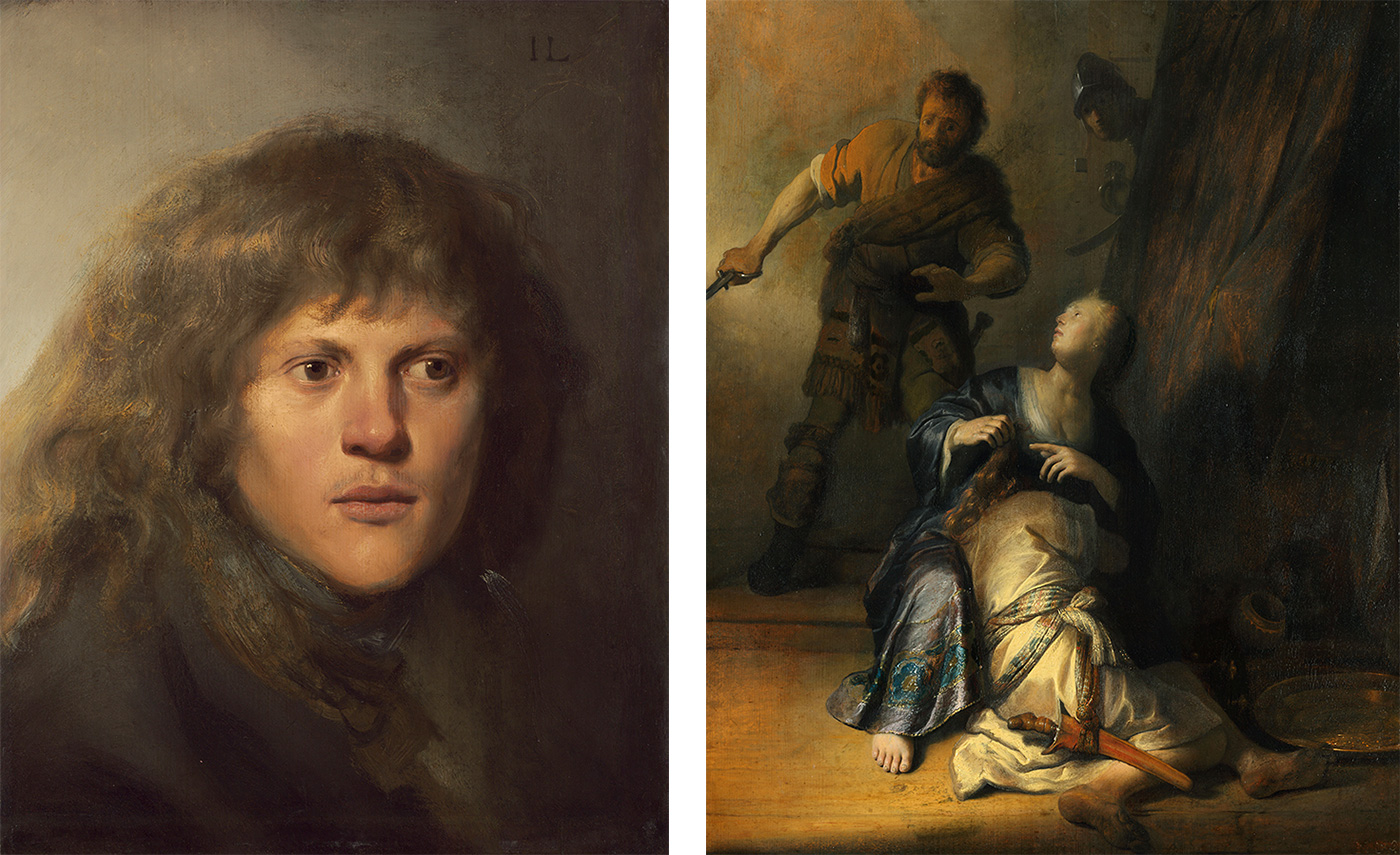 From 1631 onwards, Rembrandt started to paint on canvas, which was especially suited for large formats. Most canvases are no longer directly accessible because they have been relined. Thanks to an imprint in the ground, the structure of the canvas is visible in the X-radiograph. Most canvases used by Rembrandt have a simple linen weave; paintings on twill canvas represent a small percentage.

Ernst van de Wetering has published his extensive research on Rembrandt canvases in the second volume of A Corpus of Rembrandt Paintings in 1986. He identified small groups of paintings with the same thread density coming from the same bolt of canvas, such as these three paintings, which were made in Rembrandt’s studio in 1635-1636: Belshazzar’s Feast, Minerva in Her Study, and The Sacrifice of Abraham.

A special category of paintings with canvases from the same bolt are the pendant portraits, such as Rembrandt’s Portrait of a Man Rrising from his Chair and Portrait of young Woman with a Fan, both dated 1633. 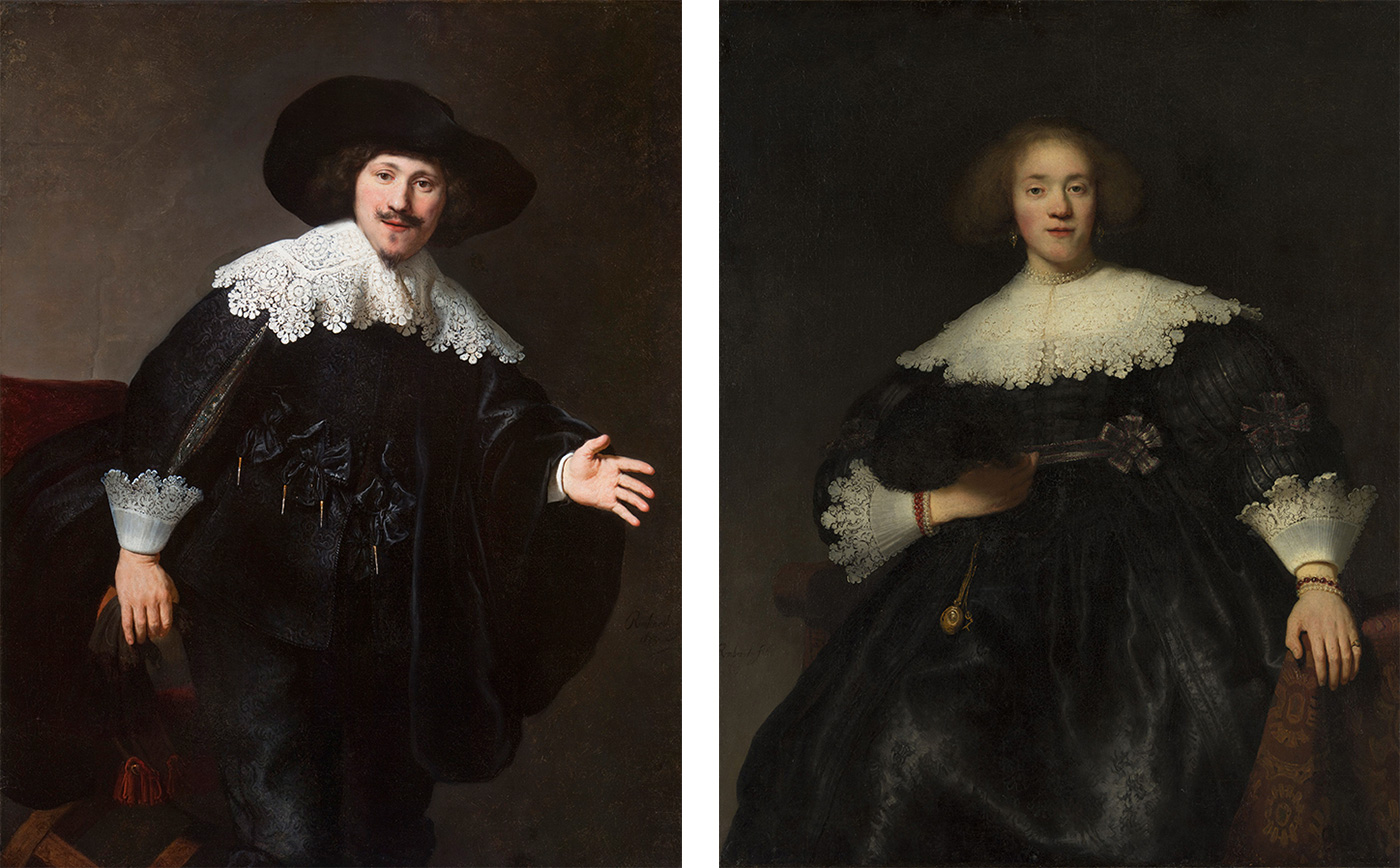